View the latest research on Blockchain technologies published by members of the Academic Faculty Network of the Blockchain Center of Excellence.

The BCoE’s white paper series is one activity towards achieving our vision to make the Sam M. Walton College of Business a premier academic leader of blockchain application research and education. Our white papers are often initiated by our Executive Advisory Board member firms, with members providing access to thought leaders as one source of input on a given topic. As the BCoE aims to be open, our white papers are available to the public following a 60 day sequester period with our Executive Advisor Board member firms. In keeping with the spirit of blockchains as an immutable ledger, the hashes of each white paper are stored on the Bitcoin blockchain using a service by poex.io.

The BCoE’s white papers are written for multiple audiences, including senior executives looking for the “So what?”, IT and innovation directors in charge of blockchain initiatives needing deeper insights, and students at both the graduate and undergraduate levels. Given the readership diversity, we write an Executive Summary for senior executives interested in the overall findings, a Full Report for managers directly engaged with enterprise blockchains, and include a number of Appendices to assist novice readers.

The Executive Advisory Board members for the BCoE selected the topic for this white paper. Members posed the research question: “What are emerging models and practices for shared governance over blockchains?”  While most innovation decisions happen within the boundaries of the firm, blockchain applications require coordination across firm boundaries.  This requires a different approach to software governance. Based on a literature review, an interoperability workshop, and interviews, our research revealed that blockchains start off with centralized governance. Most blockchain applications/platforms/projects are launched by one, or a few champions, serving as benevolent dictators.  Initially, the champions have full control; they hold the access and decision rights, largely because there is no one else to delegate power to yet.  Centralized decision-making can also expeditiously deal with the inevitable weaknesses in newly launched applications.  But for blockchains to be successful in the long term, founders need to plot a trajectory towards more decentralized models from the beginning. Beyond the founders, potential enterprise adopters need assurances that governance will be truly shared; that there are verifiable controls to prevent the rise of powerful alliances to prevent their self-interests from superseding the interests of all ecosystem participants. We provide several examples of how governance evolves as solutions scale.

A Manager’s Guide to Blockchains for Businesses: From Knowing What to Knowing How 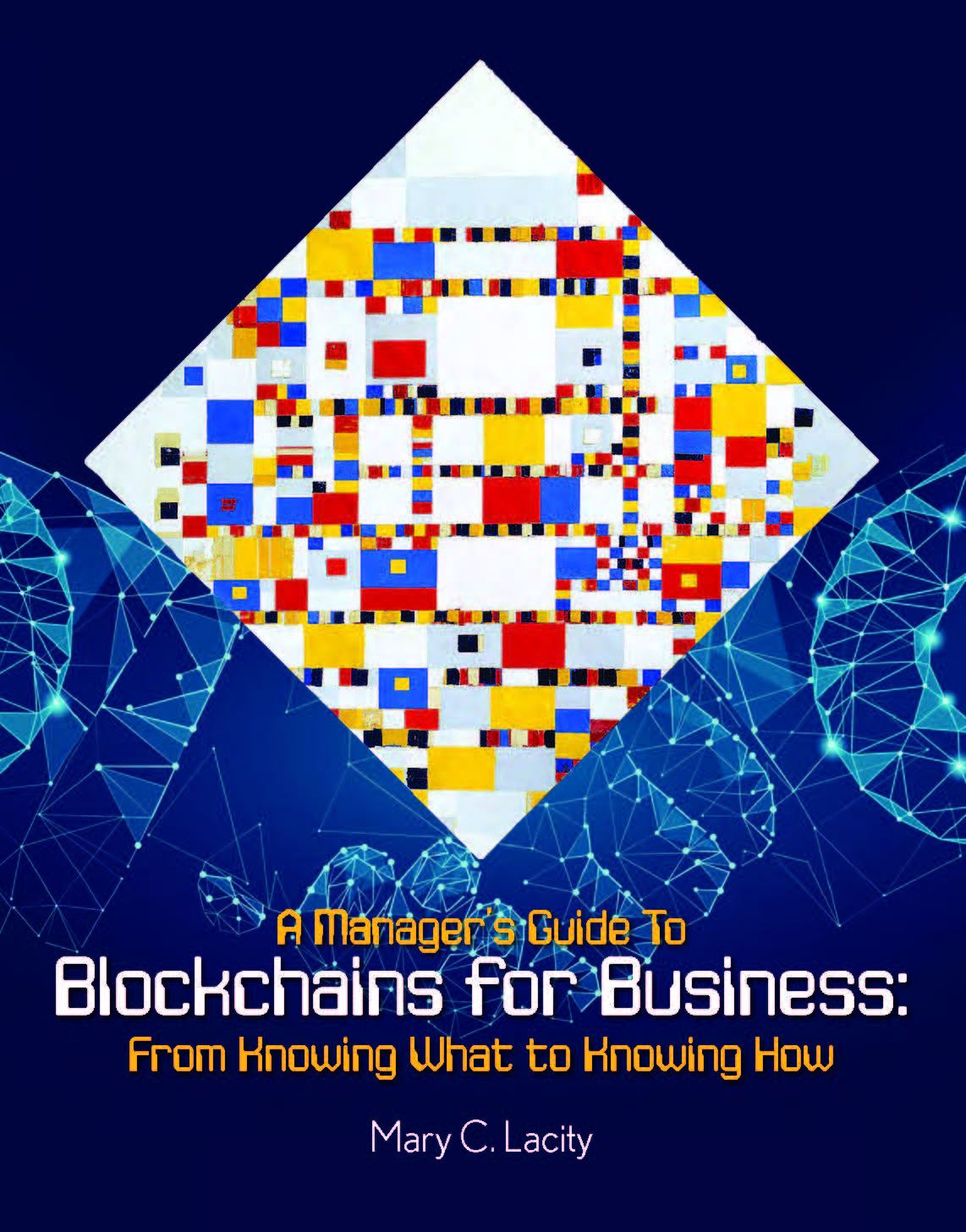 Based on interviews in global enterprises and startups, surveys, and participant observation research, this book focuses on how enterprises are actually building blockchain applications for business today. This comprehensive guide is written for leaders, managers, business students, and other inquisitive people who want to understand how enterprises can use blockchains to transact directly with trading partners; automatically execute business agreements; instantly track and trace assets through a supply chain; and settle transactions quickly and cheaply on a secure platform.

While readers will learn enough about the underlying technology to speak intelligently to blockchain experts, the guide focuses on the business challenges that must be overcome to realize the promised business value. The author presents a three-phased framework and action principles for making blockchains for business real. Most imperatively, global enterprises will need to shift their mindsets when moving from their current command-and-control centralized business applications to the shared governance models of distributed blockchain applications. For all the promises blockchain offers to supply chain professionals, there’s very little guidance available on how organizations should begin evaluating and using it. Integrating Blockchain into Supply Chain Management provides that much needed step by step guidance.

Integrating Blockchain into Supply Chain Management is a very practical book of tools, frameworks and case studies. It will help students and supply chain managers to evaluate the value proposition blockchain brings. It will then guide them through essential processes for making informed, practical, timely, and business-savvy decisions for using blockchain as an effective supply chain tool. It includes a valuable benchmark survey of the state of play in blockchain in supply chain management, including organisations such as Tyson Foods, IBM and Coca Cola

Pedersen, A., Risius, M., and Beck, R. (2019), “BLOCKCHAIN DECISION PATH: ‘WHEN TO USE BLOCKCHAIN?’ – ‘WHICH BLOCKCHAIN DO YOU MEAN?,’ MIS Quarterly Executive, forthcoming.

van Hoek, R. (2019), “Unblocking the chain – findings from an executive workshop on blockchain in the supply chain”, Supply Chain Management: An International Journal